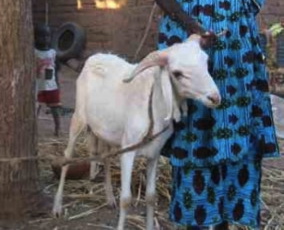 Tempe Sister Cities Goat and Sheep Fund For as little as $30 you can purchase a goat or a sheep for a destitute family in Timbuktu, Mali. You can honor anyone you designate. You may even give the animal a name! Many people lost their livestock and possessions when they were forced to flee from […]

2013 has been a busy year for Tempe Sister Cities Members and all of our hardworking volunteers, so we thought it important to recap some of our top newsletter stories of the past year.  We hope you will check our web site often as we continue to celebrate our Tempe Sister Cities and Hackett House […] 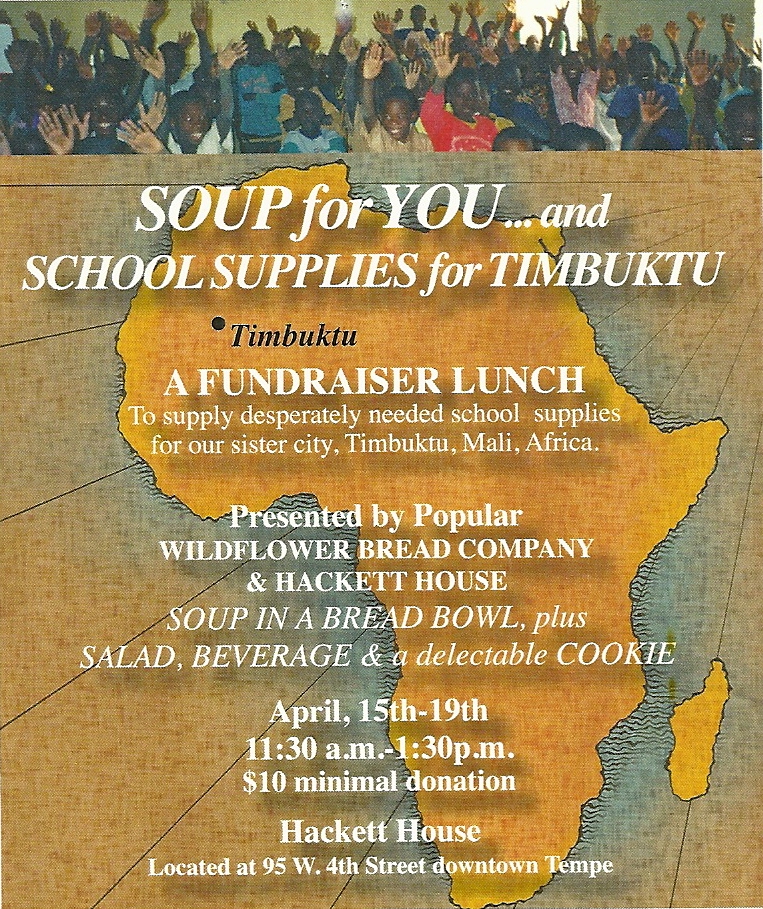 Please join us for Lunch at Tempe Sister Cities Hackett House during the week of April 15-19 as lunch will be presented by the Wildflower Bread Company and Hackett House. Each day during the fund raiser from 11:30 a.m.-1:30 p.m Lunch will include soup served in a bread bowl plus salad, beverage and a delectable […] 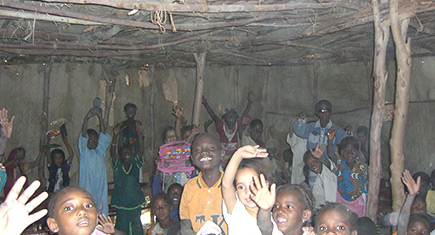 Tempe Sister Cities donating $60,000 toward building a needed elementary school. If you could go back in time to 14th century Timbuktu, you would see a city where learning was so valued that the region was dubbed “the Athens of Africa.” The area’s location on major trade routes yielded an educated literate population and three […]