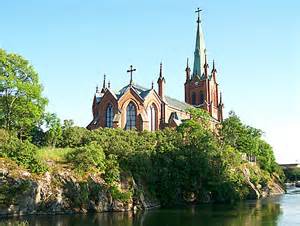 Trollhättan, Sweden officially becomes Tempe’s 10th Sister City in May 2015. However, there has been a collaboration between Tempe and Trollhättan since we first met in 2008. We have enjoyed and have had successful exchanges of student delegates since 2010, as well as professional delegate exchanges and the very first International Chef to cook at Hackett House was Peter Erikson, Professional Chef and Vice Mayor of  Trollhättan, in October 2014.

Tell me more about Trollhättan…

Trollhättan is situated along the Göta River located in southwestern Sweden and is home to approximately 48,000 inhabitants.